It’s always a pleasure to receive an email from original letterhead Mark Oatis. Especially when they have pictures of his work attached. Last week’s despatch was no exception, and we thought his ‘1904 Eldredge Runabout’ project would be nice to share.

The final mural, in Belvidere, Illinois, measures 20′ x 130′ (6m x 40m). It commemorates an automobile brand, Eldredge, that was manufactured locally and available for a few short years in the early twentieth century.

The work was commissioned by a local benefactor, and ahead of taking paint to the wall Mark produced a scale study for approval. After the thumbs up the mammouth mural was painted across a week in the humid midwest. Towards the end of this the team of painters were joined by Mark’s son-in-law and grandchildren. They not only picked up brushes themselves, but found their faces used to model characters on the pictorial.

This will no doubt become a local landmark in this small town. 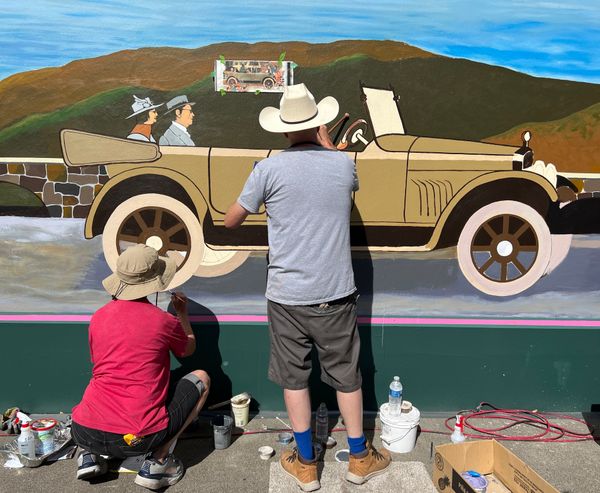